Mr. Terry Layne
Terry Layne is an experienced aviation professional with just under 15 years leadership experience within the industry. He has spent just under a decade as JetBlue’s Station Manager for Barbados (and later Trinidad) where he oversaw the airline’s explosive growth and brand recognition within both countries. Prior to his time at JetBlue, Mr. Layne served as the Safety Manager of the Grantley Adams International Airport Inc. where he was critical to the development of the Airport’s Safety Management System and the initial certification of the Aerodrome (the first Caribbean Airport to achieve this milestone). Mr. Layne, the now Chief Executive Officer (ag) of Grantley Adams International Airport Inc., has practical training and experience in Leadership, Airport Operations, Airport Planning & Design and Airport Commercial Development and Management. Mr. Layne holds a Bachelor’s Degree of Science in Aviation Management from the Florida Institute of Technology and a Master’s Degree of Commercial Aviation from Delta State University, both in the USA. 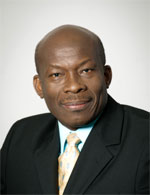 Mr Joseph Johnson
Mr. Johnson, is the Chief Operating Officer, having been appointed in April 2010. He previously held the post of Director of Operations and has also acted as the Chief Executive Officer from October 2008 until April 2010, and as Airport Manager since February 17, 2000.  As COO he maintains responsibility for the management and co-ordination of all aspects of airport operations, ensuring the proper functioning of the Airport as the main passenger and air-cargo gateway into the island. His long association with the Airport goes back as far as 1973 when he started as an Air Traffic Control Officer. He has also served in the Ministry of International Transport, as Deputy Chief Technical Officer and Director of Maritime Affairs for one year. Mr. Johnson has represented Barbados in international aviation discussions, conferences and negotiations, including being a member of the Caricom High Level Committee on Air Transportation, and is also a member of Barbados’ Negotiating Team for Air Services Agreements. He is presently a Board member of the Air Transport Licensing Authority. He also chairs or sits on various airport committees, both regionally and locally. Mr. Johnson holds a degree in Accounting from the University of the West Indies, Cave Hill Campus as well as various other aviation related certifications. 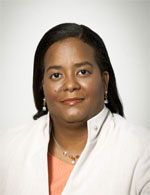 Karen Walkes
Ms. Walkes is currently the Director of Engineering. Prior to joining GAIA Inc. Ms Walkes held the position of Acting Chief Engineer, Maintenance and Development Unit, Ministry of International Transport.   Prior to joining Government, Ms Walkes worked with Williams Industries Inc. and held the position of Chief Engineer, Caribbean Metals Limited, St. Lucia. Ms Walkes is a graduate of Columbia University, New York, with a BSc. in Civil Engineering and a MSc. in Structural Engineering/Construction Management.  Ms Walkes also holds a Masters in Business Administration (Distinction) from the University of the West Indies and is a Registered Engineer. Ms. Walkes has recently been elected President of the Lions Club of Barbados Central and re-elected to the Executive of the Barbados Association of Professional Engineers. 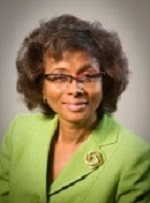 Mrs. Flo Jean-Marie
Mrs. Flo Jean-Marie has been with the company as Director of Finance from September 1st, 2015. A Certified Management Accountant (CMA), Mrs. Jean Marie attended the University of Cranfield, School of Management in the United Kingdom where she completed a specialist course in General Management. Prior to joining GAIA Inc, Mrs. Jean-Marie worked with the Barbados Agricultural Management Co. Ltd. (BAMC) for 21 years, 18 as Financial Controller. She has also acted in the capacity of General Manager where she led by example, inspired and motivated staff, as well as fostered strong relationships with industry partners. Mrs. Jean-Marie has served as past Chairperson of the Finance Committee of the Sugar Association of the Caribbean (SAC), various in-house committees and as Trust Secretary to the Board of Trustees of the Company’s Pension Plan.  Mrs. Jean-Marie is also an active volunteer with the Moravian Church.

Do what you can ahead of time, such as pay bills, and make thorough arrangements for what you may need to have dealt with in your absence.  If someone will have to act on your behalf officially, make the necessary phone calls and write letters that will be required.